The Lenovo Group already owns two popular brands, Lenovo and Motorola. The company sells in large numbers based on its strong and varied best products. However, like other companies, the company introduced its new brand of juke for online products.

Today, we will review the Lenovo Juke Z1. Although the phone was launched globally as the Juke Z1, Lenovo launched the Lenovo Juke Z1 in India to retain its parent name. It is worth noting that Zook Z1 was first launched in China in September last year. So reviewing this phone today is a bit outdated. Today in our trial we will learn about the features and shortcomings of Lenovo Juke Z1.

Look and design
A few years ago, a phone with a 5.5-inch screen was considered big. With this, the discussion about seeing a big phone in your hand started. But today, size is essential due to the high media consumption on smartphones. The Lenovo Juke Z1 comes with the same size, however it is definitely a bit heavier.

The two main reasons why this smartphone is heavy are the metal frame and the 4100 mAh battery, which makes the phone weigh 175 grams. However, the phone does not have a unibody case and the rear panel is plastic. Users cannot access the battery. There is a dual SIM plate on the left side with the frame. The phone does not support expandable storage, so a microSD card slot is not provided. 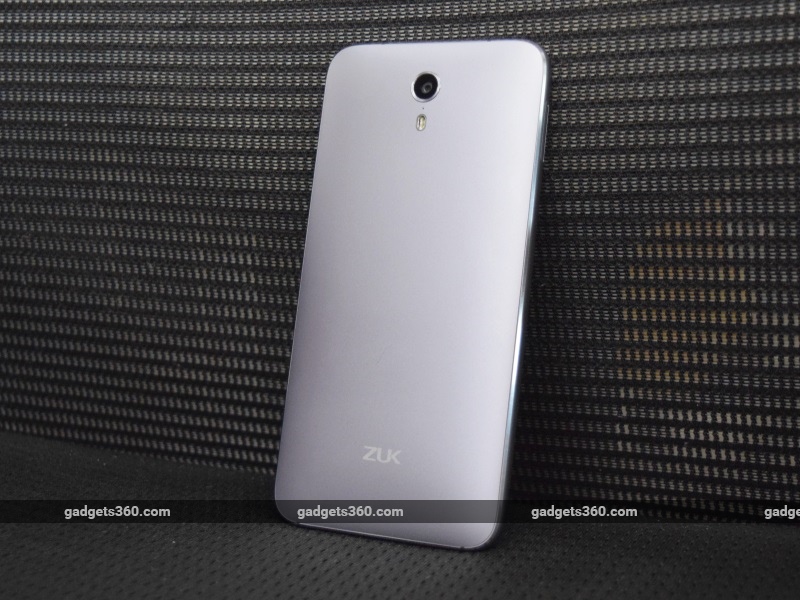 Lenovo Juke Z1 is available in India in white and space gray variants. Our review unit was gray, which we preferred slightly better than white. The back of the phone has a dull metal finish. The phone does not have Lenovo branding, but only the zoom logo on the bottom of the back. The middle camera and flash are provided above on the back. Overall, we liked the look, design and style of the phone.

The Lenovo Juke Z1 microphone features a speaker and bottom USB Type-C port for charging and data transfer. Users will get a 13 watt power adapter with the phone and a USB 3.0 cable (Type-A plug on one side and Type-C on the other). The phone has power and volume buttons on the right side, and above is the 3.5mm headphone socket. The front of the phone occupies 70 percent of the screen when the camera, earpiece and proximity sensor are on top of it. Below is the fingerprint sensor integrated body home button. Just below the display is a capacitive Android navigation button. 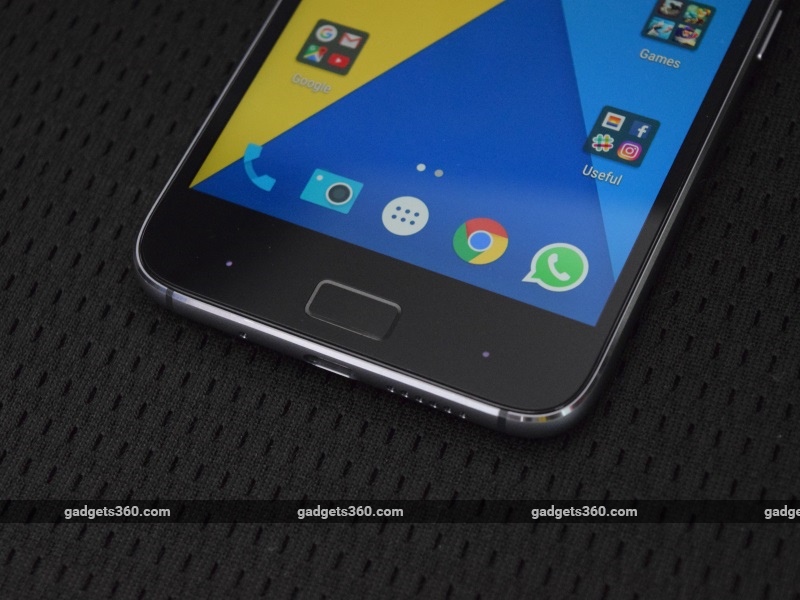 We have seen many smartphones like this, in which the fingerprint sensor is built into the home button itself. On many phones, including the Samsung Galaxy A8 and HTC One A9 (review), unlocking the phone by touch (even in standby mode) does not happen on the Zook Z1. Press the Home button and activate this phone by pressing the button until the image is recognized.

Not only is this an issue in itself, it takes a little more effort to push the button. The sensor works quickly and correctly to unlock the phone. But this process is not as easy as other devices. Previously the sensor also functioned as a capacitive back button, but now it has been disabled by a software update.

The Lenovo Juke Z1 has a screen resolution of 1080×1920 pixels with a resolution of 401 ppi. The screen is excellent and meets almost all requirements. The IPS-LCD screen given in the phone is not as bright as we expected, even at the highest brightness level, it does not give as much brightness. However, the polarized finish on the screen makes it easy to use the phone in sunlight, so the phone does not need too much brightness. 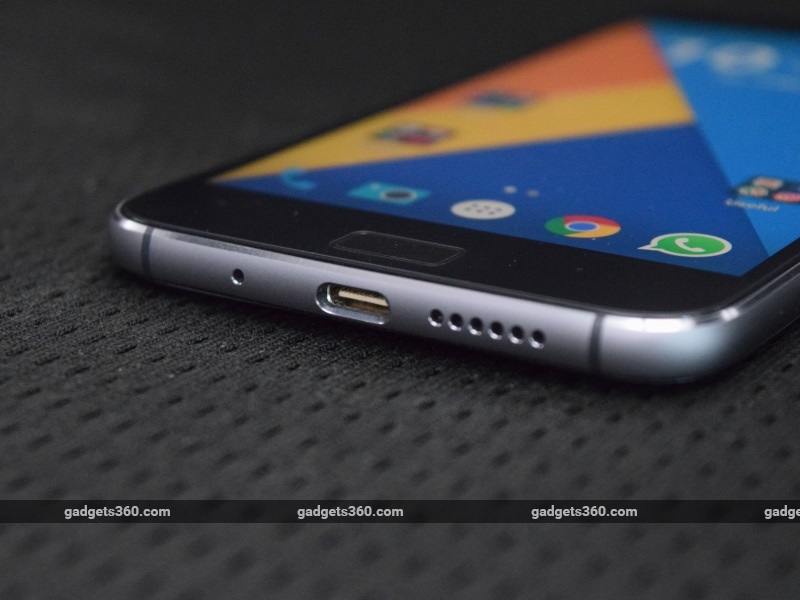 Apart from this, the phone has a live display, with the help of this system, the color tone of the screen can be improved according to the time of day.

Profile
Today, smartphones running on the latest MediaTek Helio or Snapdragon 600 Series processors under Rs 15,000, the Lenovo Juke Z1 Premium but outdated 32-bit quad-core Qualcomm Snapdragon 801 processor runs at 2.5 GHz. The Snapdragon 801 smartphones were first introduced to the market about two years ago, so choosing a Lenovo processor is questionable. Especially 32-bit processors, virtually all hardware comes in 63-bit processors. 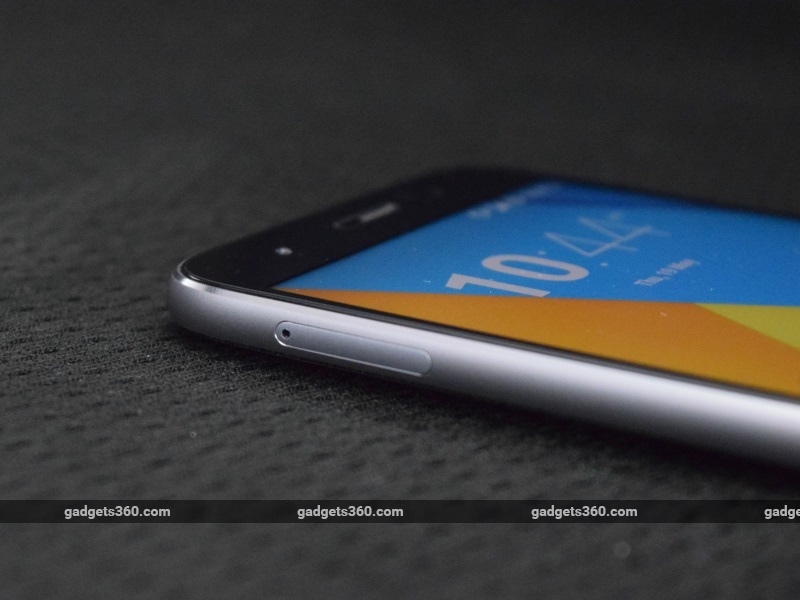 Juke Z1 supports 3GB RAM and 4G connectivity (with Indian band support), WiFi AC connectivity on both SIMs. To make the smartphone stronger, a 4100 mAh battery is provided. The phone has 64GB of inbuilt storage, but the phone does not support expandable storage, so you need to work with a specific storage.

In many ways Cyanogen OS Stock works just like Android, and you look like Stock Android. The uniqueness of the system is that it must be customized in every way, as we saw in the Lenovo Juke Z1. The home screen and application drawer can be converted into different layouts. Apart from this, grid sizes, scroll effects and icon labels can also be changed and changed. There is still a lot to do on the phone. Other than that, you can control the user interface more at a basic level. 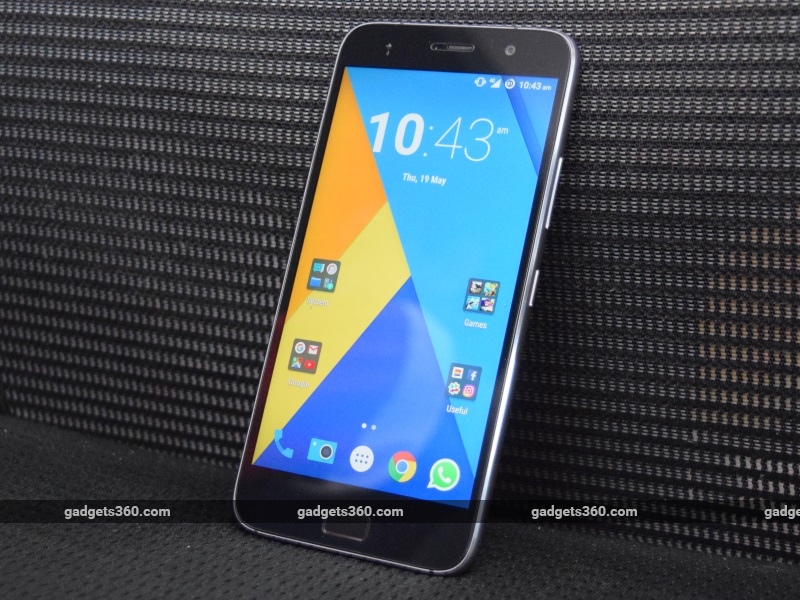 Other than that, there are many different options when you go into the Settings app, so you can control the device very well. There are many options like charging the phone on or off, the color of the notification light for battery alerts, the custom action for the home and latest buttons, the status bar and the different elements of the notification cupboard. Cyanogen OS is an excellent system for advanced users who want more control over their phone. We wanted to use this phone. 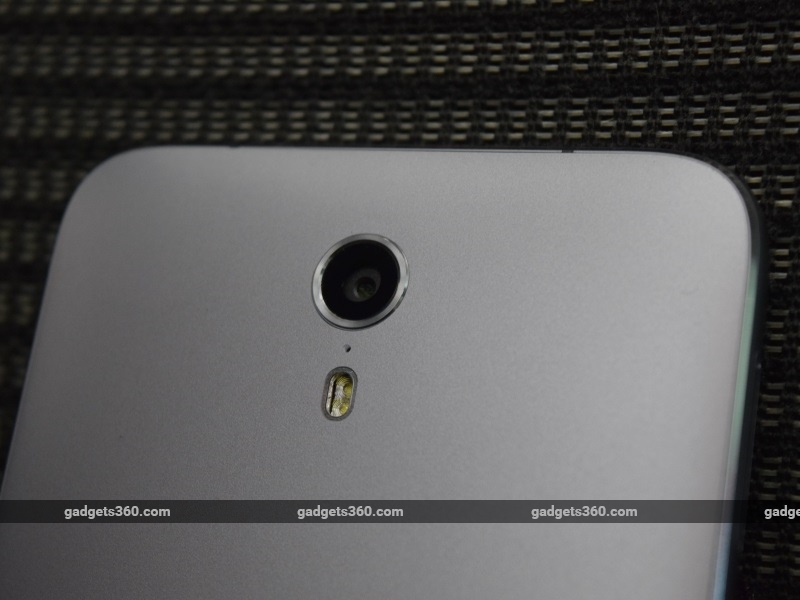 Camera
The Lenovo Juke Z1 features a 13-megapixel rear camera powered by Sony’s IMX214 sensor. The camera has optical image stabilization and dual LED flash. The phone has an 8 megapixel front camera. It can record videos up to 1080 pixels from both cameras. Apart from this, 60 FPS video recordings are also made from the rear camera.

The camera app Cyanogen has its own Camera Next, which comes with a lot of good options to use and work with. Commonly used alternatives are easily accessible from the viewfinder screen, which includes flash, camera and timer settings. You can record video with just one touch. Panorama mode can also be easily changed. Alternatively, you can go to the Settings menu and select Clarity Settings, Manual Control and Codec Selection. These options also give you the option to optimize photos and videos. 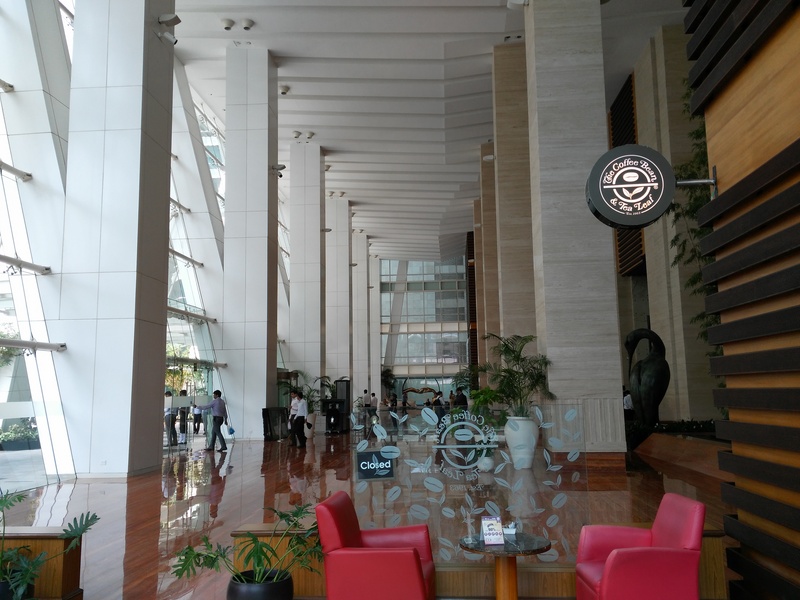 The phone’s camera is very nice, and it brings photos with sharpness and detail. The color tone in the photos also comes in handy. Photos are good in good light, in low light we were able to take good pictures with little noise and scattering. Interior photos are not good compared to natural light, but according to the detail and color they can be called good.

The video is of excellent quality in good light, but deteriorates in poor light. 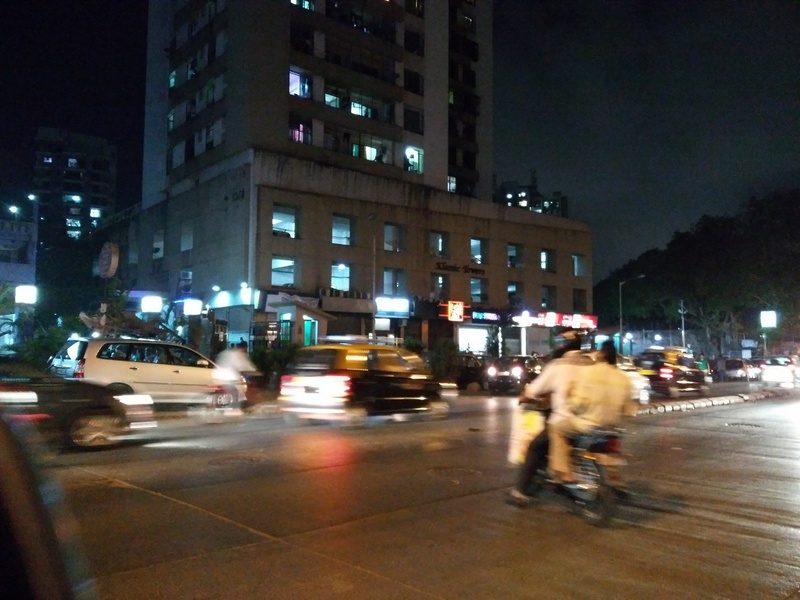 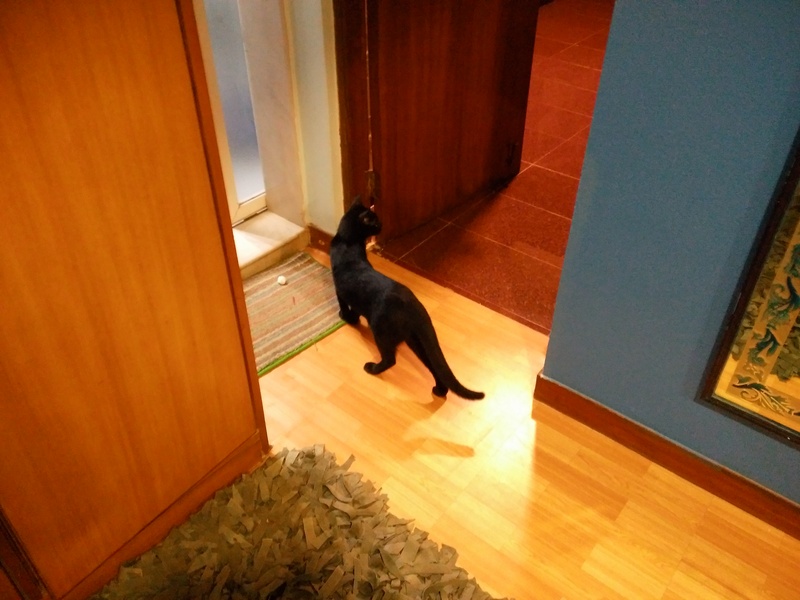 Performance
Despite the two-year processor, the Lenovo Zook Z1 still performs well. However, you will get better performance on the new Qualcomm 650 and 652 processors, which are available at the same price as other devices. Other than that, keep in mind that the Adreno 330 GPU is also very old and does not support OpenGL ES 3.1 and 3.2, so some new graphics can not play extreme games on the phone.

The general performance of the phone was very good. With this, no heating or shutter problem was found in the phone. The credit for this definitely goes to Cyanogen OS, which determines that Juke Z1 runs smoothly without any problems.

The best stats were found in the phone’s benchmarking test, especially on the graphics benchmark.

In the video loop test of the Juke Z1, its battery supported us for 13 hours and 40 minutes, which is the best feature of the phone. At the same time, Juke Z1 can be operated for more than one day at the same charge during general use. WiFi, cellular connection and call quality are very good. But the speaker of the phone (which makes a very bad sound) is disappointing. However, headphones provide decent sound for music players and video viewing. Our decision
Lenovo has introduced a great device in the form of Juke Z1. The design and layout of the phone is excellent, the software works well, the display is good and the storage is smooth. Connection and battery life are even better. Other than that, the screen is sharp and you can customize the phone on its own. After all, the company keeps the price of the phone in such a way that customers are definitely attracted to this phone. Especially advanced users who know little about Cyanogen OS.

However, the phone also has some attention-grabbing flaws. However, no reduction in performance was observed when using the phone. The phone runs on older 32-bit processors and GPUs, causing problems with some newer games and applications. Other than that, Cyanogen is an older version of the OS and Android, and no information is available about new software updates. Other than that, buying the Z1 is not easy as this phone will be sold through Flash Cell.

When looking at the price of the Lenovo Juke Z1, this is the best way to come up with the best features. If hardware is not an issue for you and you want to use it as a secondary phone, then of course the Zook Z1 is much better than other smartphones coming at this price.

First look at the OnePlus 3T