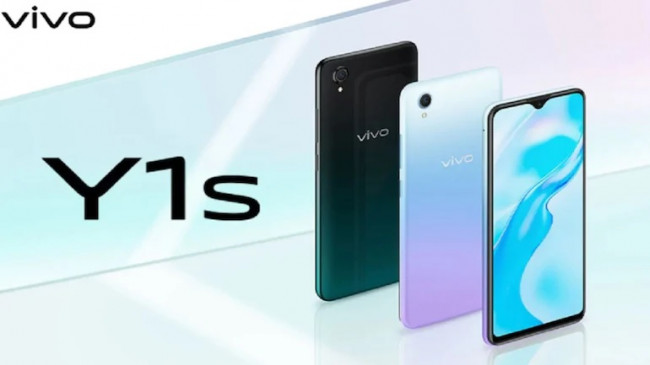 Digital Desk, New Delhi. Chinese smartphone maker Vivo (Vivo) has launched a new variant of the Vivo Y1S (Vivo One S) in India. Now this phone is available with 3GB RAM. No changes were made to its remaining specifications. Let us know that the company introduced this phone in November 2020 with 2GB RAM + 32GB storage. This variant was launched in the market at a price of Rs 7,990. It was later raised to Rs.500. This phone has a single camera with a powerful battery.

With the exception of Vivo India, the new RAM variant of Vivo Y1s will be available at e-Store, Amazon, Flipkart, BDM, TataClick, Bajaj EMI Store and all partner retail stores. However, its sale date has not been released. Let’s find out its price and features …

Cost
The new 3GB RAM variant of the Vivo Y1 comes with 32GB of storage. It is available in Aurora Blue and Olive Black color options. Speaking of price, it has been launched in the market at a price of Rs 9,490.

Vivo Y1s: Specifications
Display
The smartphone has a 6.22 inch HD + IPS LCD display with a resolution of 720 × 1520 pixels. The display comes with a water peak design. Its screen-to-body ratio is 88.6 percent.

Photo tool
For taking photos, this smartphone has a single 13 megapixel camera with LED flash light. This camera aperture comes with f / 2.2. At the same time, this phone has a 5 megapixel front camera with slot f / 1.8 for selfie and video calling.

Operating System / RAM / Processor / Storage
This smartphone runs on Android 10 operating system. For better performance, this phone has a MediaTek Helio P35 processor with 3GB of RAM. The internal storage given in it can be increased with the help of micro SD card.

The Mi Watch Revolve Active Smartwatch will be launched on June 22nd.

Battery / protection
The Vivo Y1S smartphone has a 4,030 mAh battery. On the other hand, it has a fingerprint scanner and face lock feature for security.